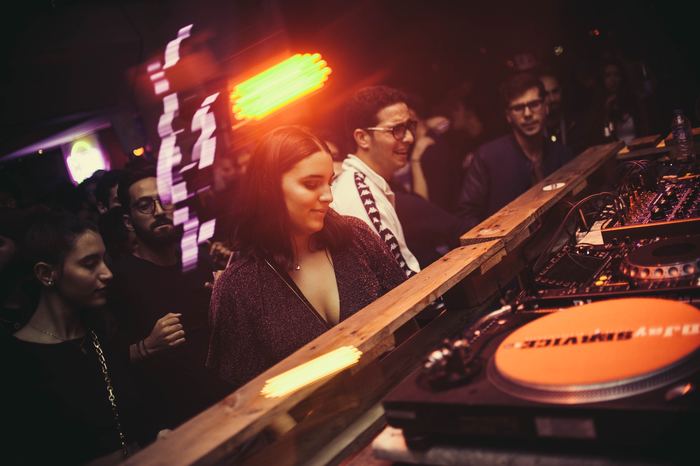 After weeks of preparation, tireless logistical oversight, and exhaustive attention to detail, the party is set. The bar is stocked, and every napkin and plate is in place. Then, in the final moments of preparation, you become acutely aware of the heavy silence hanging in the air.

Events are all about the senses. Great events should engage sight, smell, taste, and hearing. But the sound aspect often falls to the back of the priority list, so many hosts scramble at the last moment to get the music sorted out. Nowadays, we all have Spotify to help us out with suggested music for any occasion. There are endless playlists that do most of the work for you: “Get Turnt,” “Afternoon Acoustic,” “The Piano Bar,” and “Chillin’ on a Dirt Road” are just a few examples. But what if the options are just too overwhelming? We here at Revelr have found a few tried and true playlist options for different sorts of events that are sure to please just about any crowd.

For the Sunday Brunch:

As a devotee of Ina Garten, I’ve learned that brunch is a crowd-pleaser and an enjoyable event to host because it doesn’t have to be too try-hard. Who doesn’t delight in entering a home that has fresh flowers accented with the smell of freshly brewed coffee, crackling bacon, and cinnamon buns? Throw in some colorful bellinis, bloody marys, or mimosas and you have yourself a casual party at 11 a.m. If it’s a small group (six or fewer), music isn’t obligatory. But if you’re inviting a larger group, good music can set a mood to encourage guests to relax and grab a bloody. Depending on whether your crowd is a bunch of 20-somethings or your in-laws, we’ve chosen two playlists that can get everyone in a relaxed mood. The first playlist makes you feel like you’re at an elegant proper brunch, with classics from Bill Withers and Stevie Wonder, and our second playlist recommendation has more modern hits that bring sunshine to any day. 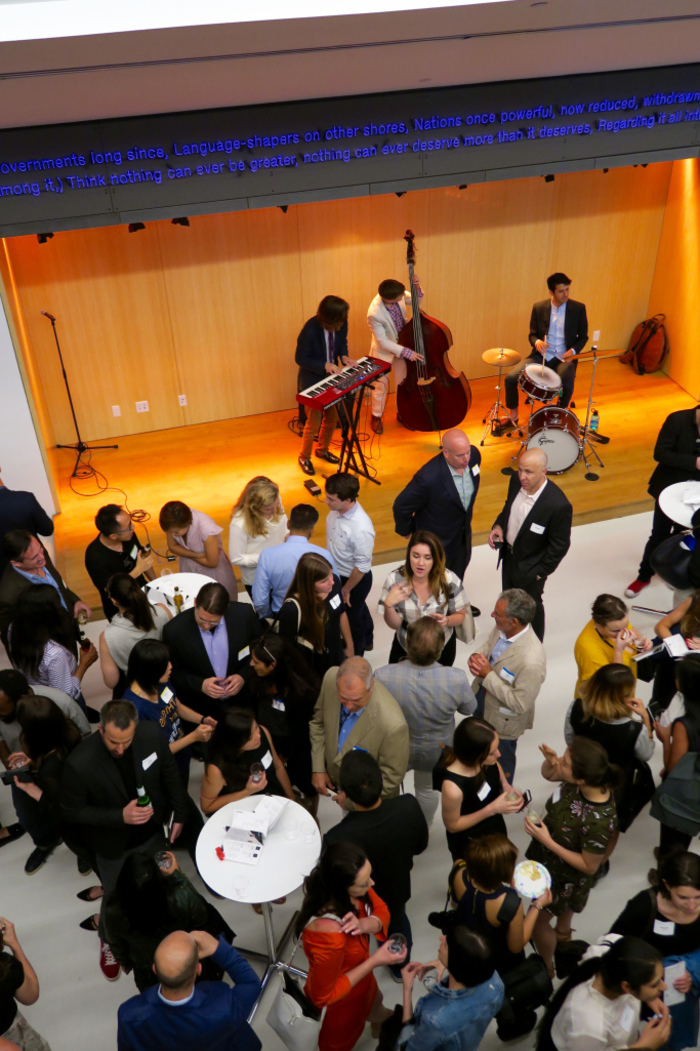 For the Cocktail Party:

Cocktail parties are probably my favorite kind of event. People generally arrive ready to have fun and kick off an evening, so it’s easy to get people gabbing, eating, and drinking without much effort. By the time evening falls on a Saturday night, there isn’t much to do to get revelers in the right frame of mind to party, since everyone is usually ready to toast the weekend; but nonetheless, when the first few guests arrive, the meek sounds of clinking glassware and strained small talk as people introduce themselves can often make everyone a bit self-conscious. Here are two playlists we particularly love. The “Hipster Cocktail Party” initially had me thinking the tunes would be relatively obscure, particularly since I am not as familiar with “hipster music” as a genre. But, surprisingly, this playlist has familiar songs from Van Morrison and Bob Marley. Songs that are unpretentious and spirited enough to make you feel like the weekend’s best is just around the corner. The “Rooftop Cocktail Party Playlist” from Spotify is also a no-brainer. It’s music that is recognizable enough without sounding like a top 40 radio playlist. While some are smooth, some slow, and some more peppy, all the songs herein have the goal of serving as a sexy backdrop, not the main focus. Jon & Vinny's is one of LA's most popular restaurants and part of it is because of the relaxed yet upbeat vibe of the space. Their playlist is equal parts hip hop and R&B, and will keep the energy up at your cocktail party. 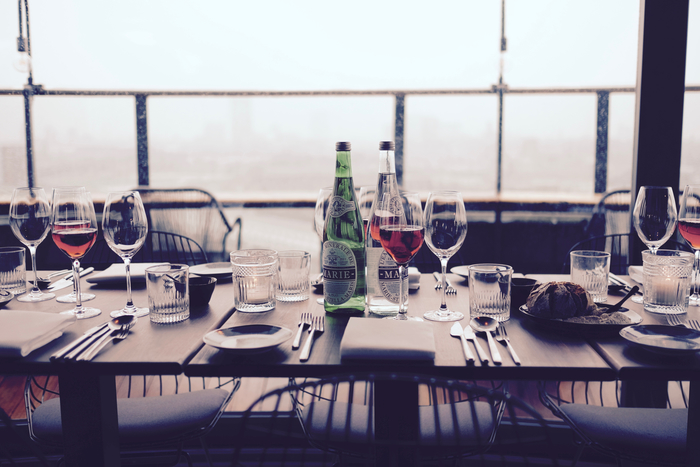 For the Dinner Party:

As there’s an entire industry of professionals whose sole responsibility is determining the perfect mix of music for restaurants to ensure people love the dining out experience, we won’t purport to know the science behind dinner music. But we’re firm believers that even the best at-home dinner parties are better with music. True, the best dinners are centered around enthralling and engaging conversation (time to put your phones down!). But they should also have music to serve as a background that reflects the host (just as the menu or the décor does), but without being off-putting to guests. Sinatra, classical, indie, or hip hop all work. It’s a matter of keeping the mood casual, the tempo in the adagio to allegro range, and the volume low. Here, since any kind of music really goes, we included one playlist with old familiar songs and another with classic rock. The songs from these playlists include CeeLo, Van Morrison, Rolling Stones, Don McLean, and Red Hot Chili Peppers, which generally get people smiling and agreeing to another glass of wine. 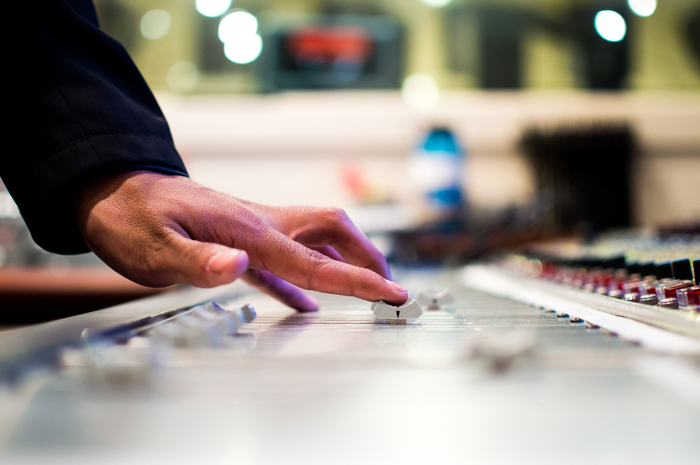 For the Late Night Dance:

We’ve all been to that wedding where the first song is “Unchained Melody” and Uncle John and Aunt Sue are slow dancing on the dance floor amongst a crowd of 16. Fine for 5:30 p.m. But by 10:00 p.m., Aunt Sue’s probably headed home, and the rest of the party is just warming up. Channel your inner warrior here; it’s about going all out. The best dance parties are the ones where guests are drenched in sweat from vigorous dancing. If the tempo is good, and you’re able to alternate the mix of styles with familiar-enough music, people will get their groove on. Just don’t kill the party with something too off-the-beaten-path. If people don’t recognize the tune, chances are they will just feel awkward dancing to it. We suggest two playlists: one that has recent hits and the second that has the best dance songs from decades past. Aha’s “Take On Me,” and The Knack’s “My Sharona” are some of our favorite dance songs from the latter, but be sure not to overlook current hits since Calvin Harris and Rihanna can get even the most hesitant dancer to tap their feet.