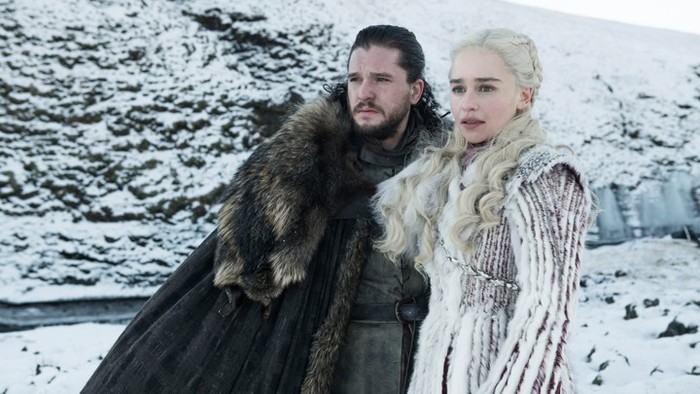 Unless you live under a giant pop-cultural rock, you probably know the final season of Game of Thrones premieres Sunday, April 14, on HBO. For seven seasons, the show has teased that Winter Is Coming, aka a giant war with lots of baddies—and, folks, winter is nearly upon us. There will be dragons. There will be sex. And there will be lots and lots (and lots!) of death. But if you don’t have an HBO login or if you simply just don’t want to watch alone on your couch, don’t worry! We’ve put together a list of the best and biggest parties in NYC (Manhattan and Brooklyn), LA, and Chicago where you can watch the Games of Thrones premiere (with booze! And food! And prizes!).

Check out the venues and details about their watch parties below:

Join the New York Game of Thrones Meetup crew at Stone Creek Bar & Lounge in Murray Hill for a viewing party to watch the season seven finale, followed by the season eight premiere, with the biggest NYC GoT fans there are. And if you feel confident about drinking and knowing things, like Tyrion, return April 20 for GoT trivia!
(venue profile)

East Village Tavern will have five flatscreen TVs and one jumbo screen devoted to the Starks and the Lannisters for the entire final season of Game of Thrones, starting April 14.

You may feel like royalty yourself when you watch the premiere at the Arlo NoMad hotel. Come for the CGI dragons; stay for the popcorn, delicious craft cocktails, candy, and city views—no RSVP necessary!
(venue profile)

The Liberty NYC is hosting no-cover weekly viewings of Game of Thrones. Try their signature cocktail if you wanna go “beyond the wall,” they warn. Little birds tell us White Walker by Johnnie Walker may be one of the special ingredients…
(venue profile)

Is simply watching the final premiere of one of the best dramas on TV not enough for you? Dekalb Market Hall’s new entertainment venue, Dekalb Stage, is truly going all out for party people just like you. Hosted by OkCupid, the watch party boasts specialty cocktails by mixologist George Duval named The Red Wedding and The Dragon Fire; a Game of Thrones–themed menu from Fletcher’s BBQ, which includes such gems as Tyrion’s Surprisingly Large Hot Link and French Fries of Many Faces; and three screens, including a 180” projector, with Sonos sound. The event is free and open to the public, but active OkCupid users get a free drink and the opportunity to find the Jon to their Daenerys...or the Gilly to their Sam...or the Gendry to their Varys. (What? It’d be foolish to rule out anything at this point...)

It would be an understatement to call Game of Thrones intense, so the fine nerdfolks over at Velvet Brooklyn decided to break up the sure-to-be-biggest battle on TV with a little comedy—a roast, to be precise! Before the Watch Party every Sunday at 9, there will be a comedy show that will roast and toast the characters of Westeros you love dearly and/or hate passionately, because you probably won’t be laughing when they get mercilessly roasted (literally) onscreen. They're also offering a special Cheese and Charcuterie Plate and Bottle of Wine for $40.
(venue profile)

If you’ve got 50 bucks to spare and the itch to make your own cocktails and subsequently drink them on a Sunday night, Liquor Lab is hosting the GoT watch party for you. Learn how to make the Rains of Castamere, North of the Wall, and the Search for the Grey Lady cocktails; eat some veggies and pizza; and chat with fellow cocktail and Jon Snow enthusiasts before the premiere airs.

Off the Grid Bar & Grill

For $25, you can watch the GoT premiere in a completely private setting with a bunch of free food at Off the Grid Bar & Grill. That means no rando bar regulars showing up to talk and break the tension while you watch alongside fellow Westerosians. Looking to turn things up a little? An additional $35 gets you unlimited draft beers and well drinks during the three-hour event.

Brooklyn babies, you don’t have to travel to Manhattan to enjoy the Game of Thrones premiere on a big screen—Pikliz Cafe and Lounge has you covered with a giant projector, food, and drinks. Register for free here. 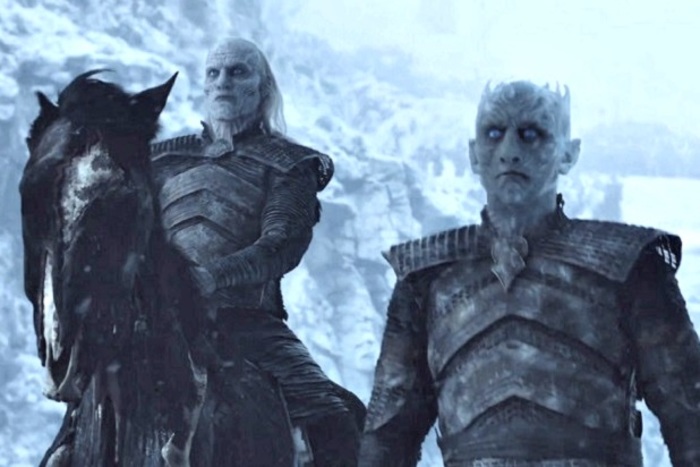 Meet new friends at Pips on La Brea for a viewing party via the Meetup group ! ! ! wanted to do that . . . just not alone ! ! !™. It’s the perfect excuse to bond with like-minded nerds while getting your drank and food on. (Be sure to RSVP here first!)

Test out your Halloween costume early in the Mile High Club at Busby’s East and maybe even win a prize! The people with the best Game of Thrones looks will leave with a special reward, so start prepping your Mother of Dragons wig or Varys bald cap now. Pay a few extra bucks for comfy sofa seating to feel like you’re at home, and study the GoT wiki to ace trivia. Tickets available for purchase here. 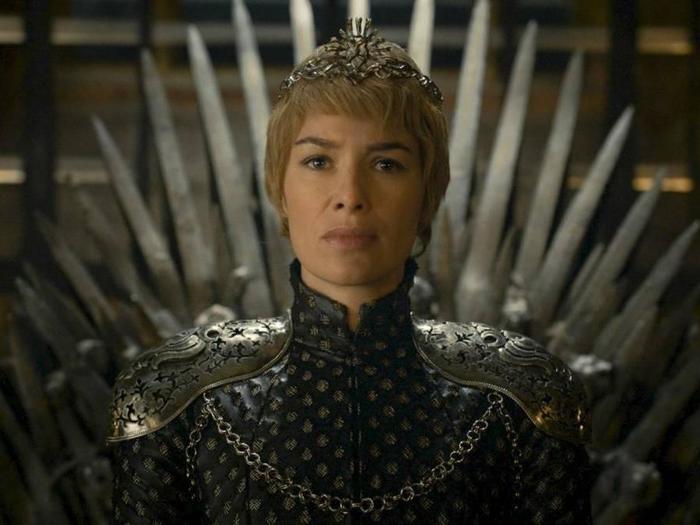 Deaf Planet Soul (DPS), a nonprofit that serves and empowers the world's Deaf and Hard of Hearing, is hosting a watch party at 2900 West Irving Park Road every Sunday until the final season ends. It’s seven bucks (or 10 at the door) per episode, but $35 will get you a “season pass.” Buy tickets here.

What’s got 14 feet of bar and two floors? Coach house and DIY art space Deep Häus Chicago. Coat check, snacks, and apps are all free, and guests can look forward to a charity raffle, Game of Thrones–themed Monopoly, and more surprises before and after the show. Be sure to get there early for the chance to receive a complimentary drink. Register for free here, but be sure to bring money for donations because you don’t want to be a Joffrey.